I just received this from a friend and it certainly made me laugh.  And it's so true.  :-)


I just discovered our age group!  We are Seenagers. (Senior teenagers)
I have everything that I wanted as a teenager, only 50-60 years later.

*I don't have to go to school or work
*I get an allowance every month.
*I have my own pad.
*I don't have a curfew.
*I have a driver's license and my own car.
*I have ID that gets me into bars and the wine store.
I like the Craft Beer store best.
*The people I hang around with are not scared of
getting pregnant, they aren't scared of anything,
they have been blessed to live this long, why be scared?
*And I don't have acne

Life is Good!  Also, you will feel much more intelligent after reading this, if you are a Seenager.

Brains of older people are slow because they know so much.

People do not decline mentally with age, it just takes them longer to recall facts because they have more information in their brains.

Scientists believe this also makes you hard of hearing as it puts pressure on your inner ear.

Also, older people often go to another room to get something and when they get there, they stand there wondering what they came for.

It is NOT a memory problem, it is nature's way of making older people do more exercise.

I have more friends I should send this to, but right now I can't remember their names.

So, please forward this to your friends; they may be my friends, too.

I am so glad this is over.  It was kind of interesting how I found this place.  I had googled Eye glass stores in my area.  I went to most of them ... there wasn't a lot.  Then I googled online stores and spent about a week looking at different sites.  One morning I logged into Facebook and found a couple of ads for online eye glass stores.  (It's a good thing I don't search for embarresing places on google)  One of them showed very flexible frames that looked very interesting to me.  The site had a place to check for stores in my area that carried these frames.  They gave me 2 stores that had not shown up on any of the google searches I had already done.  Huh.  I just can't figure out how google decides what to show me.  I walked into El Paso Eye Care and immediately felt at home.  Lot's of frames and very friendly staff.  The Technician checked my prescription and suggested a size for the lens that would keep the distortion down and give me the best range of sight.  We found a pair I really liked but they only had one in the color I wanted.  She said they would order another one for my sunglasses.  Should only be a couple of weeks and I will be able to see again.  Hurray !!

Have a wonderful day.  Have fun tonight.

I do need to reduce my stress, frustration, and depression regarding new eye glasses.  Late last year Crystal Optical, the eye glass store love of my life, closed.  Emmit and Marie, the owners felt the need to retire and move to Mississippi.  I am definitely in mourning.  I wondered in their door at least 30 years ago after visiting more stores then I can count, looking for glasses that actually fit my face.  It was a losing battle everywhere I went.  I have a small face and need small frames.  Most places don't carry anything smaller then a size 47.  45 is perfect for me.  They would usher me to their children's section.  Lovely.  Pink Polka dots, Orange Stripes, or Purple glitter.  What a choice.

Emmit took me through his whole store, helping me try on anything and everything.  We found 3 different frames that I liked, of course they were too big, but he went back to his office, discovered they made these frames in size 45 and promptly ordered all three.  I was able to pick the one I liked best, I actually picked out 2 of them, and we ordered my glasses.  He has treated me like this every day since.  Talk about being spoiled.  Now that I'm having to find another place, I am discovering just how sweet a man he really was.  I'm sad to say I may have taken him for granted.

My cousin has started selling LuLaRoe.  I had never even heard of it but I thought "oh cool, I'm always looking for new brands of clothes."  I let her know and told her I would be watching her facebook page, which is where she sells it.  That was a couple of weeks ago and I have been watching.  The thing is, I don't like any of it.  I even went to their website to see all of what they have.  Nope, definitely not anything I would buy.  Why do I open my mouth without checking things out first?  Now I feel guilty and I'm not sure how to tell her that there is just no way.  This is probably what happens when you spend the last 15 or so years wearing nothing but jeans and t-shirts.  My brother says just keep a low profile.  As long as she's selling I can probably stay off her radar.  Hubby says tell her the truth.  I do hope she's successful with this ... she had to buy all those clothes.  If she doesn't sell it all, she's stuck with it.  She was showing off one dress that is an xxs, which she definitely is not.  What will she do with those pieces that she can't wear?  This is why I wouldn't ever do anything like this.  Oh well, I'm probably worrying for nothing.  She's a sweet girl and we get along really good, we have the same sense of humor, so she'll be fine.

Ok, one more.  This one really cracked me up. 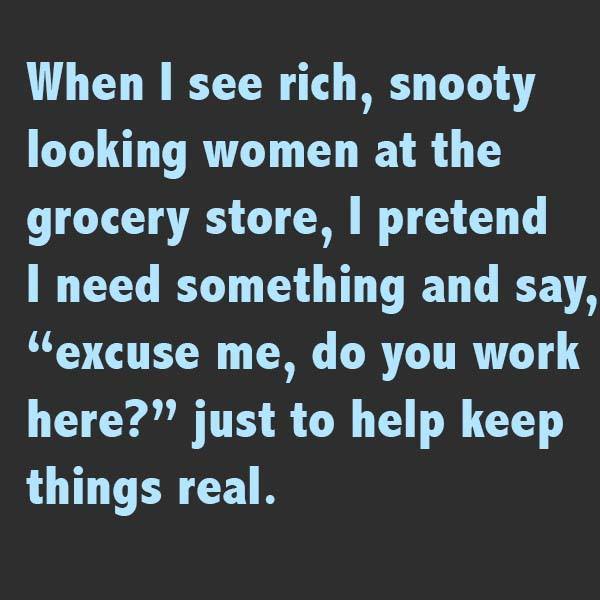 I found these on my step daughters facebook page. 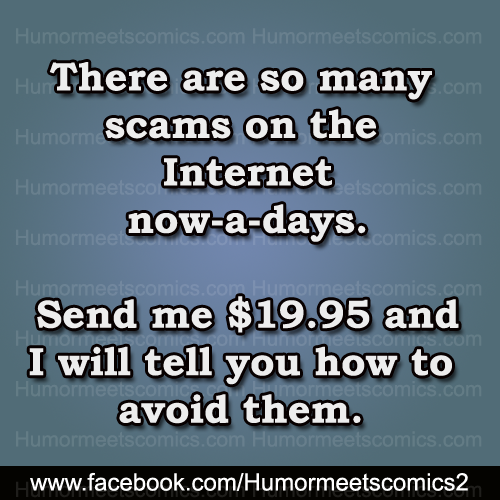 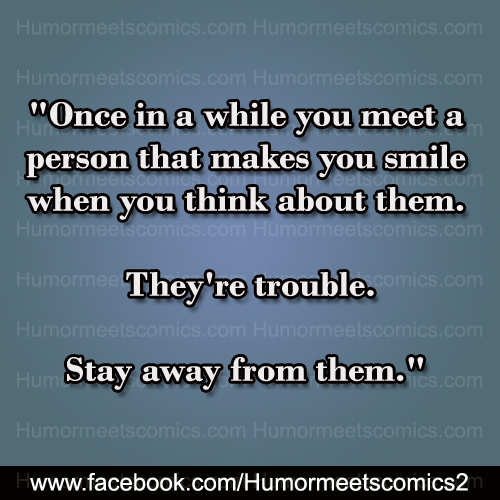 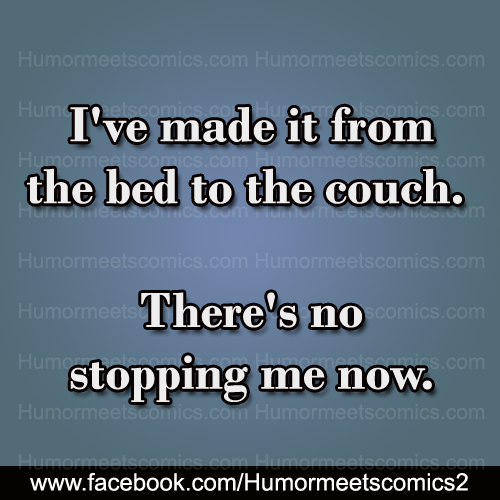 Please let 2017 be a good year.  I'm not going to bother with resolutions.  I did see a funny resolution somewhere, I don't remember where.

My resolution is to stop procrasting, but I'm not going to start until next week.  This so describes me.

I didn't really have a bad year, but it sure has been bad for some people I know and care about.  My son has been dealing with company layoffs for the last couple of years.  He's still there and is doing well, but who knows how long that's going to last.  This company has been good to him.  He traveled around the world to many, many, places he would not have had an opportunity to go to otherwise.  And he enjoyed all of it.  I'm so glad he took that attitude, because it was a lot of traveling.  He's been there for 18 years.  I can't believe he's old enough to have had a job for 18 years.

My 74 year old brother is recuperating from kidney problems that caused him to have to spend a few days in the hospital.  Before they discharged him they put a stint in and kept it in for 4 weeks.  Most people we've talked to say one week is the norm.  His had to be in so long because the Doctor said his kidney was showing signs of closing up.  It was an absolute nightmare for 4 weeks.  He lives alone and there were times when he would get real depressed.  Our other brother and I kept him as entertained as we could and now the stint is out and he is doing so much better.  It was almost like flipping a switch. This was just a hard time for him to live alone, even though he loves living alone.  He enjoys his family and friends, and he has a lot, but he enjoys his time alone.

My brother-in-law has been dealing with his neighbors and the local police department.  He lives in California.  He started feeding and trying to take care of the stray cats that were around his neighborhood.  It ended up being way, way too many cats but he just couldn't bring himself to turn them away.  His neighbor's complained, the police came out, he wouldn't answer the door ... I'm not sure what he was trying to acomblish with that attitude.  He decided to bring some of the cats into the house.  He already had 3 indoor cats and now he has 12 ... in the house.  He managed to discourage the others to leave ... I'm not sure how.  He still won't talk to the police.  They've sent letters with a demand for payment of a fine and every time they send a letter, of course the amount goes up.  Who knows how this stand off is going to turn out.

Like I said, I didn't have a bad year.  We own our own home, I bought a new car at the beginning of the year and it's already paid off, so we own both of our vehicles.  And they are new enough that I shouldn't have to deal with some of the issues that older vehicles deal with.  I take both to my dealership to get the maintenance done so I don't really have to worry about them.  I've spent enough years stressing over old cars, that this is a real treat.  We put money into savings every month, our medical comes from VA and Tricare, which is the military insurance and now that I'm over 65 I don't make a monthly payment.  I don't see how things could be any better for us.  My husband is disabled, but we are both in pretty good shape ... for old people.  lol

I'm going to try to do this every once in a while ... just because.  But, I'm not promising myself anything.

Sound Off
Donald Trump as presidential candidate -- what's your opinion? Among your circles of friends and family, is your opinion the norm or does your opinion of him differ from those around you?
Reply 28
I find it interesting that liberals (generally identified with the Democrats) talk about the evil wealthy that the conservatives (generally identified with the Republicans) pander to and conveniently forget all about the wealthy Hollywood "elite" that they pander to. I'm mainly a conservative, although I do have some beliefs that are decidedly liberal.

I think it's sad that any American would "leave the country" if someone they didn't like was elected. There has never been a President that I agreed with 100% and our next President isn't going to be any different.

I have to say that I hope it isn't Donald Trump. I don't think he has a "filter" on his brain or mouth and I'm afraid he doesn't know the meaning of the word diplomatic. Most of the people I know feel the same.

This is an important time in our history, and personally I want to stick around and watch it all unfold.

I'm Going to Count to Three...
If you're a parent, what's the hardest part about being one? If you could get one thing to help you out in being a parent, what would it be? What's one thing you wish more parents were better at, whether or not you're a parent yourself?
Reply 8
I struggled with letting my son out of my sight, be his own person, make his own mistakes. I wish I had been able to read minds. And not just his ... the people, kids and adults, around him. I was a single parent until he was nine. I worried all the time. Even after he became an adult, joined the Navy and was a part of Desert Storm. Heck, I still watch the weather channel in his area. The really nice thing is he watches the weather channel in my area. He's turned into such a good man, I guess I didn't screw up too bad.
Collapse